My Jeopardy! Journey: A Crash Course in Using the Library to Tackle Trivia

With the recent Jeopardy! Greatest of All Time Tournament garnering tens of millions of viewers, and the announcement that the Jeopardy! Online Contestant Test will be available to take in a new “anytime” format, Jeopardy! is having a surge of pop-culture acclaim right now. Many people find themselves watching at home thinking “I could do that!”

That was me for many years, until I finally got the chance to be a contestant in 2018. Here's how it happened. 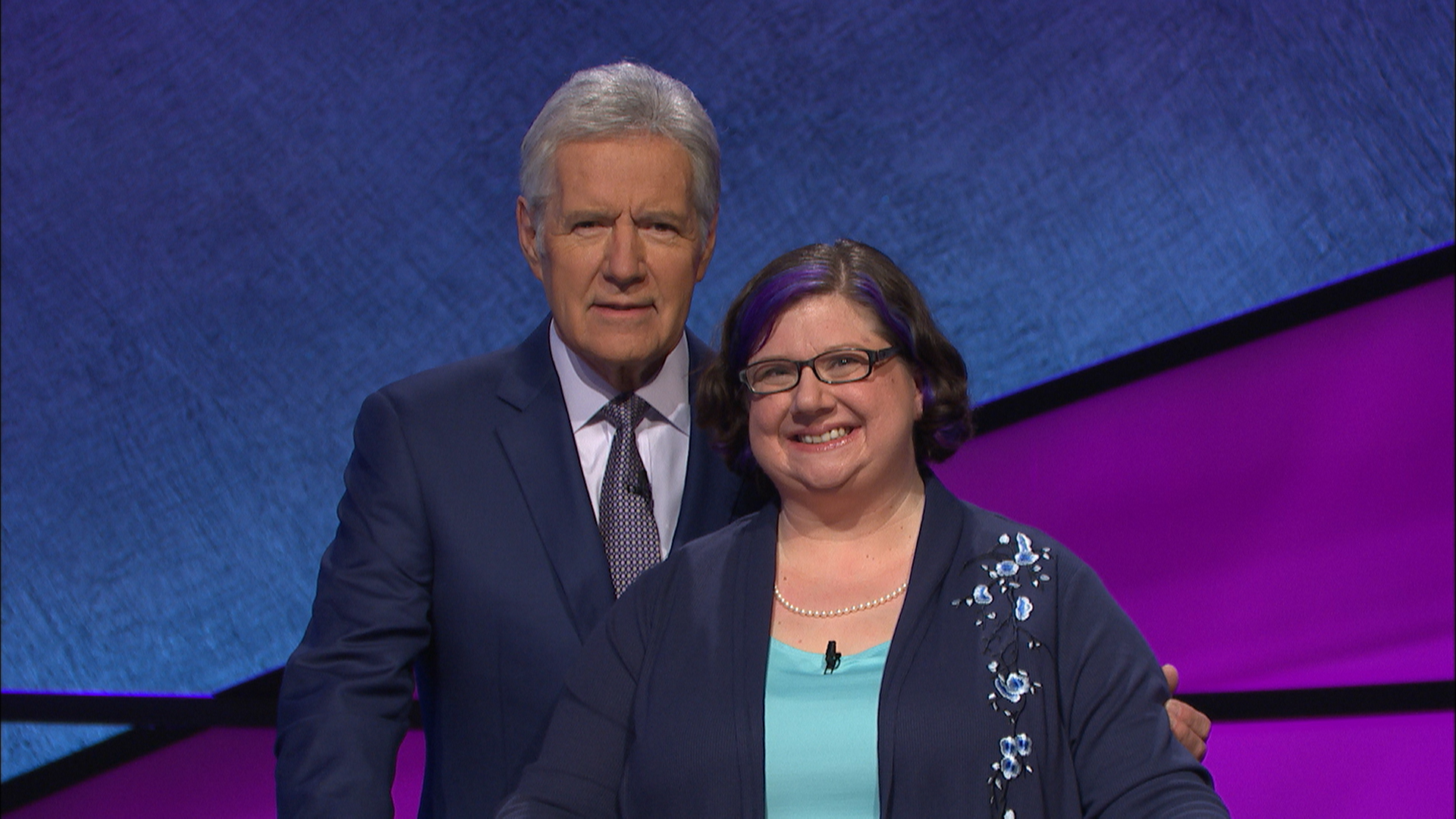 I’ve always had an affinity for trivia and game shows, including Jeopardy!, and I’ve always been an avid viewer. Around 2009, my husband first encouraged me to look into becoming a contestant, since I enjoyed playing along when we watched, and did well. I hadn’t thought of being a contestant before, but it quickly became a goal I fiercely wanted to reach.

The first step to becoming a contestant is taking the online test. The first handful of times I took the test, I didn’t do well enough to move to the next stage, which is an in-person audition. But in 2012, I finally got an email inviting me to participate in the auditions in Detroit, which consist of a 50-question written test, a short mock game, and a brief interview.

The Call of a Lifetime

Just as I was starting to feel frustrated and disappointed, in January 2018, I got the call inviting me to be a contestant! It was truly a dream come true. I spent the next few days booking the hotel and flights for my husband and me, sorting out childcare while we were in California, and figuring out how to best prepare. I had just under a month (which is standard) from the time I got the call to my taping date and I wanted to study as much as I could.

I decided to focus on the intersection of popular topics on Jeopardy! and areas I felt I had a deficit of knowledge in. For example, I’m not very good with European History, but that often comes up on Jeopardy! so I focused on that quite a bit. I studied by reading books, making lists to study (top ten longest rivers, the past five years' winners of major sports championships, etc.), watching short videos on topics (the “Crash Course” YouTube series helped a lot), and having my husband quiz me with material from past episodes (J! Archive is a great resource). I also practiced my Final Jeopardy! wagering, as there’s a lot of strategy that goes into it.

Finally, my trip to California and the day of taping arrived. The taping day experience is a whirlwind. They tape five shows in a day, so you have to get there fairly early in the morning to complete paperwork, go over instructions, have makeup done, and do a practice game in the studio. You don’t know which game you’ll be playing in advance, as they pick your name at random right before the game, but you do get to watch the other games. I didn’t get picked until the third game.

Finally on the Jeopardy! stage, I tried to keep my nerves at bay, but it was difficult. I had trouble with the timing to ring in and got beaten to the buzzer on many clues I knew and, unfortunately, that got me somewhat far behind. By Double Jeopardy! I was able to calm down and get the hang of the timing, but it was a bit late to catch up. However, I did get a Daily Double and got to make it a “true Daily Double,” which was so fun. I also got Final Jeopardy! correct, thanks to something I had directly studied in preparation. (In the category of Sporting Events: "This annual event first held in 1934 includes play in areas named Pink Dogwood, Flowering Peach & Azalea." Find the answer at the bottom of this post.)

I ended up in third place, which earned me the third-place prize of $1,000. Everyone on Jeopardy! wants to win, of course, but more than winning, I wished I had been able to play more because it was fun and I didn’t want to stop! Although the outcome could have been a bit better, it was honestly a dream come true and a wonderful experience. (You can see the full record of my game on J! Archive.)

So how does this connect to the Library? The Library is valuable resource to have when preparing for the online test, the in-person interview, and being on the show. There were several potential Jeopardy! topics that I had little interest in (probably why they were weak points), so I would never have purchased a book about them. But I was able to get Library reference books about them to study.

I asked several other former Jeopardy! contestants (there’s a Facebook group for former contestants) about how they used their local library to prepare and some ideas they shared were:

The tip that came up several times (and one that was popularized by James Holzhauer, one of the most successful Jeopardy! Champions of all time) is using nonfiction/reference books for kids. This is truly a wonderful strategy (one I wished I used!) because nonfiction books for youth present important facts about a subject in an easy-to-understand and interesting way. You can browse through them quickly, which allows for time to get a good breadth of knowledge.

So that was my Jeopardy! experience! If anyone ever has any questions about it, feel free to ask. I encourage anyone who is interested to take the online test, especially now that it’s offered anytime. You never know what can happen!

(The answer to my Final Jeopardy! clue: "What is The Masters?")