Since 1938, the Morton Grove Public Library has served our community with entertainment, information, education, and cultural experiences. Learn about our mission, vision, and history.

The Morton Grove Public Library will provide a place offering materials, programs, and services to assist the community in its pursuit of personal growth and lifelong learning.

Approved by the Morton Grove Public Library Board of Trustees, June 12, 2008.

Morton Grove Public Library will meet the needs of its growing and increasingly diverse community by providing services and partnering with other community organizations. All will be welcomed to follow their interests, expand their dreams, learn new skills and interact with other members of the community to enhance their quality of life. The Board of Trustees and staff will work together to serve the public and respond to the changing role of libraries.

Approved by the Morton Grove Public Library Board of Trustees, February 12, 2009. 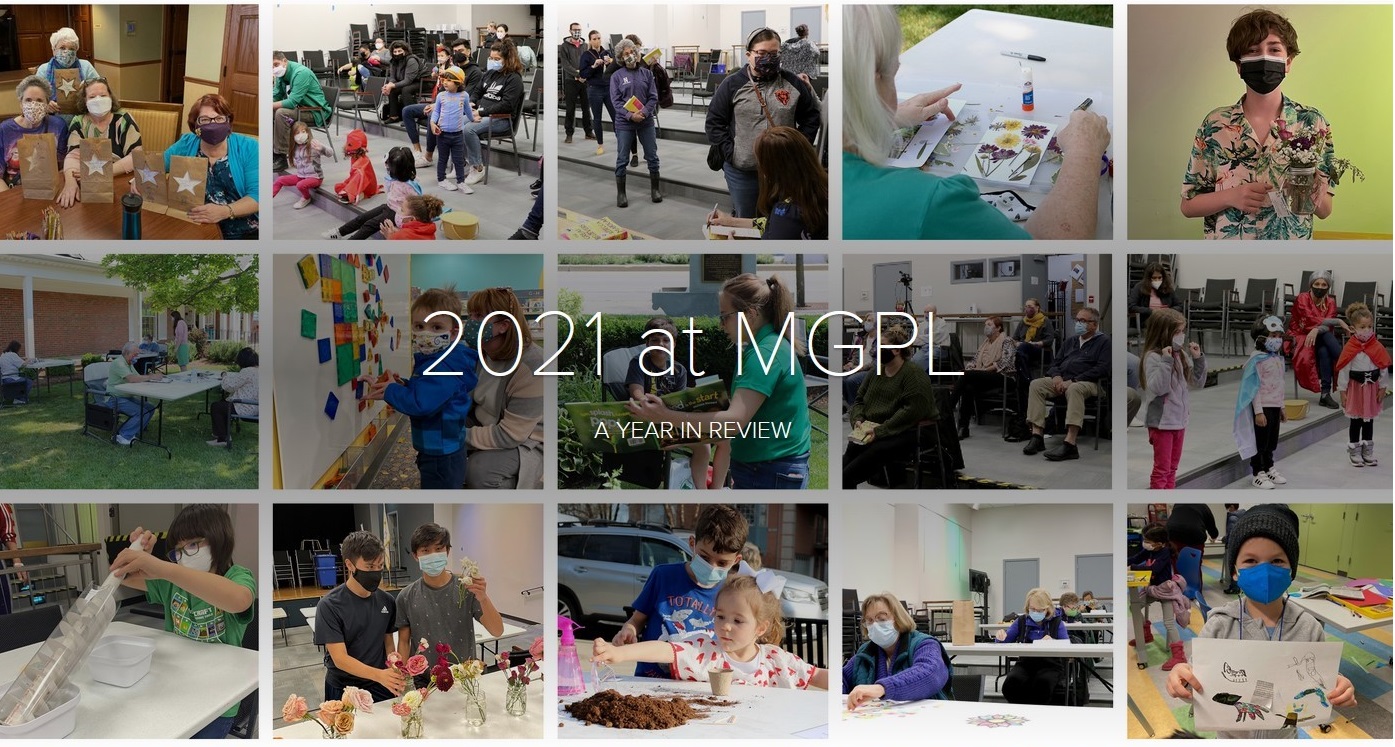 We put together a visual report highlighting some key events, photos, and statistics from an exciting year at MGPL.

See a condensed version as a PDF

Read highlights from the library's history, starting from its founding in 1938 to the present:

1938: Library established by Women’s Club as a WPA project, in a small space donated by a store at 6100 Lincoln Avenue. Initial collection comprised of 300 donated books.

1942: Village ordinance makes the Library a taxing unit of the Village.

1948: Library moves from a second storefront location in the 6200 block of Lincoln Avenue to second floor of Callie Avenue fire station.

1949: Bond issue of $33,000 approved to build first permanent Library building in Monument Park, site of the “Doughboy” statue, erected in 1921 to honor World War I veterans.

1983: Library purchases first computers: An Eagle PC and printer for the administrative office and an Apple IIe for staff.