More Than A Month: Continuing to Celebrate Black History Through Film

Back before the quarantine, the Library had big plans for our More Than A Month series of events. Even though those programs have been cancelled for now, we are still committed to honoring and exploring Black history, culture, and heritage.

A great way to do that while at home is through film. To help you get started, I compiled this list of amazing movies by and about Black Americans and how you can view them for free. 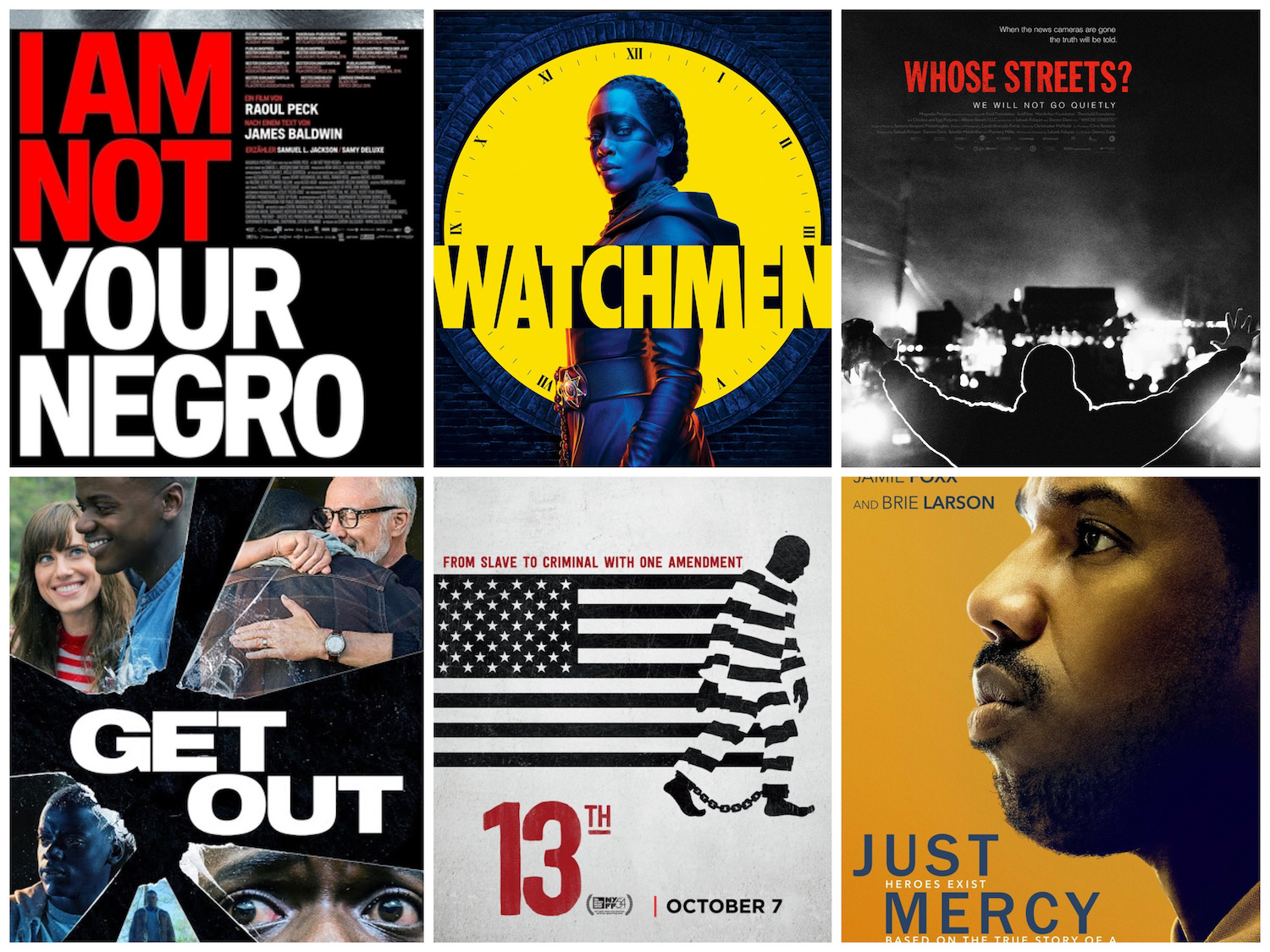 A powerful true story that follows young lawyer Bryan Stevenson and his battle for justice as he defends a man sentenced to death despite evidence proving his innocence. (Hoopla, DVD, Blu-ray)

Filmmaker Ava DuVernay explores the history of racial inequality in the United States, focusing on the fact that the nation's prisons are disproportionately filled with African-Americans. (Streaming on Netflix, no account required)

A young black man meets his white girlfriend's parents at their estate, only to find out that the situation is much more sinister than it appears. (DVD, Blu-ray)

Told by the activists and leaders who live and breathe this movement for justice, this documentary is an unflinching look at the Ferguson uprising. (Kanopy, DVD)

Based on the celebrated graphic novel, the exciting and dark Watchmen takes place in Tulsa, Oklahoma, 34 years after the original story. After a white supremacist attack on the local police department, which leaves only two surviving cops on the beat, laws are passed that allow the cops to hide their identities behind masks. One of these cops, Angela Abar, adopts the identity of Sister Night and fights racists while dealing with the decades-long legacy of the vigilantes. (DVD)

I Am Not Your Negro

Filmmaker Raoul Peck envisions the book James Baldwin never finished, Remember This House. It is a journey into black history that connects the Civil Rights movement to #BlackLivesMatter. It questions black representation in Hollywood and beyond and examines the lives and assassinations of Medgar Evers, Malcolm X, and Martin Luther King Jr. (hoopla, Kanopy, DVD)

Dig deeper into these issues with genre lists from our streaming services: